“A Great Blow to All Truth”: The Dreyfus Affair of Turn-of-the-Century France
08 October 2019 by Grayson Van Beuren 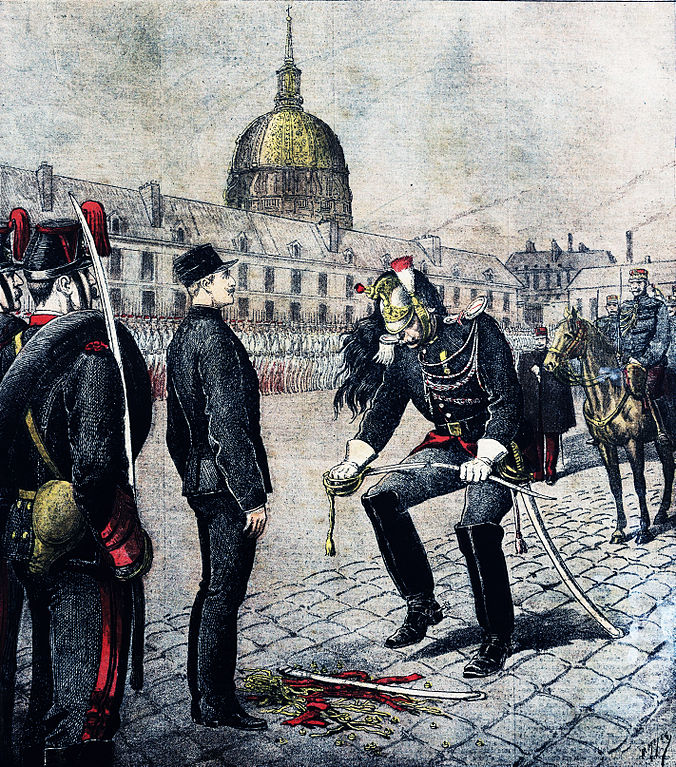 “[…] what a spot of mud on your name—I was going to say on your reign—is this abominable Dreyfus affair! A council of war, under order, has just dared to acquit Esterhazy, a great blow to all truth, all justice. And it is finished, France has this stain on her cheek, History will write that it was under your presidency that such a social crime could be committed.”

–Section from “J’Accuse…!,” open letter from Émile Zola to Félix Faure, President of the French Republic, 1898

We tend to think of public scandal and legal spectacle as a distinct product of the television age. Yet before Watergate, before the O.J. Simpson trial, before the Ken Starr hearings, there was the Dreyfus Affair: an episode that rocked the institutions of the modern world, testing the new French liberal order to its limits. The Affair (as it became known) began with a charge of espionage, followed by a botched cover-up by the French army once the case against their accused spy fell apart.

Captain Alfred Dreyfus (1859 – 1935) was a Jewish transplant to Paris from Alsace, a rising star in the French army due to his merit. A family man and proud citizen, in 1894 he was accused of passing army secrets to the German military attaché.1 The army’s entire case relied on one shaky analysis of Dreyfus’s penmanship compared to a slip of paper found in the attaché’s trashcan.2 Nonetheless, after a short court martial Dreyfus was stripped of his rank and carted off to a prison cell on Devil’s Island.3

For years, Dreyfus’s case went nearly forgotten. It wasn’t until 1898 that his plight fully reached the public, but once it did, interest in the case exploded.4 One reason for this resurgence was the obvious sham trial and acquittal of the true spy, Major Walsin Esterhazy. The episode also served as a touchpoint for anti-Semitic sentiments boiling in France at that time.5

Friendships shattered and families fractured, the debates were so heated

Everyone in France had an opinion on Dreyfus’s guilt or innocence. The political left, liberals, and (eventually) socialists crowded Dreyfus’s corner in support, and conservatives, open anti-Semites, and pro-army supporters formed a coalition against the former captain.6 Friendships shattered and families fractured, the debates were so heated and personal.7 That year, Emilé Zola—an ardent “Dreyfusard,” as supporters called themselves—penned his famous letter calling out the miscarriage of justice to the French president: “J’Accuse…!”8

Due to the public outcry of his supporters, Dreyfus received a second trial in 1899. He was again found guilty (though this time with “extenuating circumstances”), with his sentence reduced to ten years. Thankfully, Dreyfus did not serve even this shortened term: he received a pardon from the French president shortly thereafter.9 Finally, in 1906 Dreyfus was exonerated entirely and his full rank restored.10

[3] Though imprisoned on a small island, Dreyfus’s cell was rebuilt to remove any view of the ocean. He spent his days in isolation reading Shakespeare, receiving almost no news from the outside world. Gopnik, 7.

[7] The Affair famously broke apart the Impressionists, Pissarro being for Dreyfus and Degas an anti-Dreyfusard. Gopnik, 10.