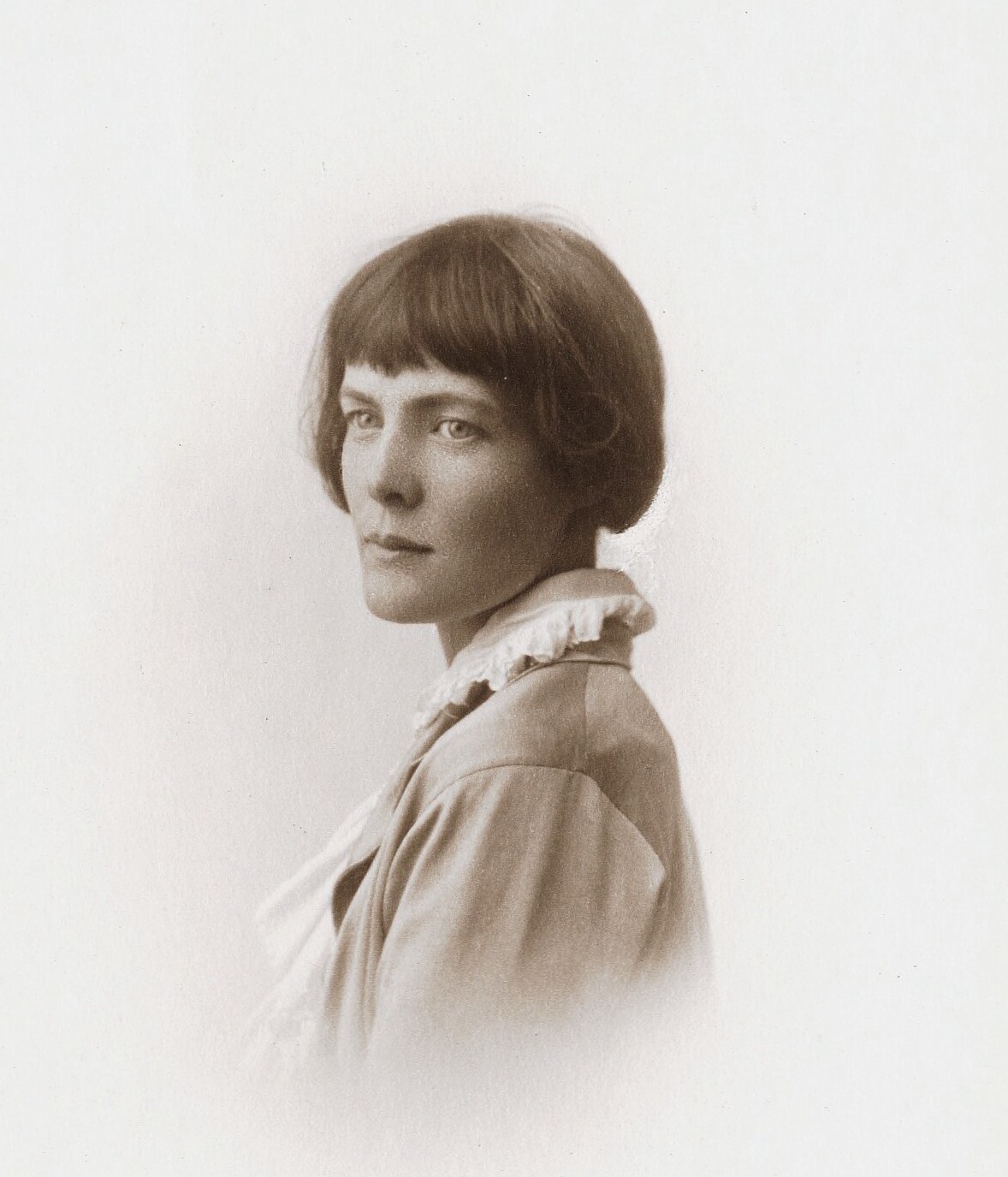 Whirl up, sea—
Whirl your pointed pines,
Splash your great pines
On our rocks,
Hurl your green over us—
Cover us with your pools of fir.

This remains poet Hilda Doolittle’s (1886 – 1961) most famous piece of work. It is a wonderful example of the Modernist poetical school of Imagism: an effort to pare down poetry to the essentials of imagery and metaphor.1 In this case, Doolittle draws comparison between the green of the sea and the forest, and models tree silhouettes as tall breakers. The titular allusion to the sea nymphs of Greek myth was a later addition; in its original state the poem free from reference, existing only as the moment described.2

Yet Doolittle—who published under the name “H.D.” for much of her life—was only 28 when she composed “Oread,” and her style changed drastically in the decades afterward. She was born in Bethlehem, Pennsylvania in 1886. After attending Bryn Mawr college, Doolittle left the United States for Europe in 1911.3 England and continental Europe became her permanent home from then on.4

Doolittle weathered three wars during her life. Two were political and external—the Great War and World War II—while one was intimate and internal: her own sexuality. She married fellow Imagist poet Richard Aldington in 1915, but the relationship fell apart amidst Aldington’s infidelity and her own bisexual self-realization.5 In 1918, Doolittle began a forty year relationship with the novelist Annie Winifred Ellerman.6 Though she lived an openly bisexual lifestyle for the rest of her life, Doolittle still sought to understand her own sexuality. During the 1930s, she underwent psychoanalysis with Dr. Sigmund Freud to this end.7

Doolittle’s later work brought her literary talent to bear on her own bisexuality and the wider, ever-growing movement of feminism. Her semi-autobiographical novel HERmione (written 1927, published 1981) explored her own experiences of homosexual love, whereas her poem “Helen in Egypt” (written 1952 – 1954) examined the male epic poem trope through critical eyes.8 Doolittle’s later material was considered too controversial at the time, but it resurged in popularity during the rise of feminist literary criticism in the 1970s. H. D. was recast as an LGBT icon.9

Users of 19th Century Masterfile: 1106 – 1930 have access to a trove of resources pertaining to the Modernist period in literature. Contact your library’s history liaison to set up 30 day trial at https://public.paratext.com/customer/.

[3] Doolittle met poet Ezra Pound while a teenager in Pennsylvania, the beginning of a long relationship and her own entry point into the Imagist movement. “H. D.: 1886-1961,” Poetry Foundation website, accessed September 5, 2019, https://www.poetryfoundation.org/poets/h-d.